Don’t Freak Out! PRHS Students Learn What It Takes to Be Prepared 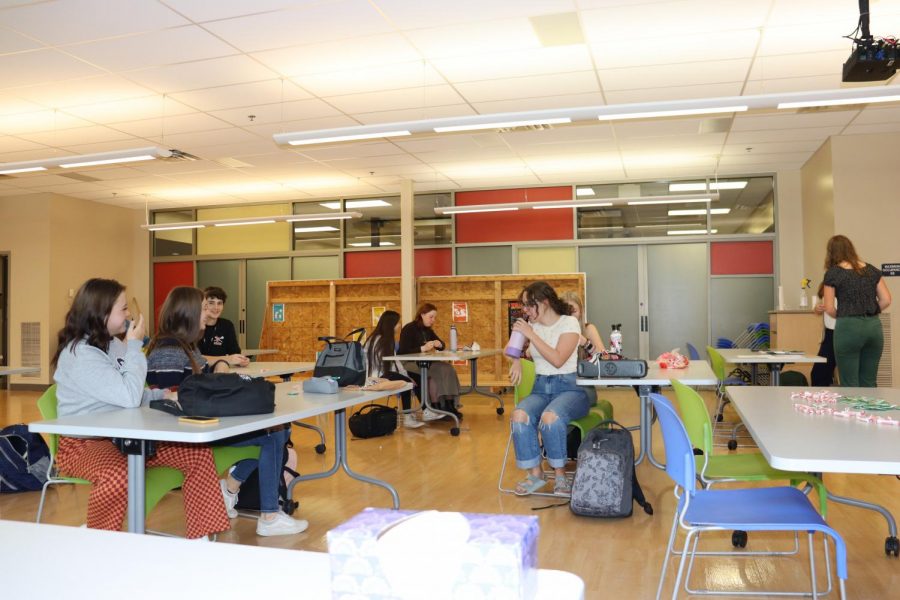 PRHS students eagerly wait for the meeting to start.

With Covid-19 taking the reins last summer and closing most fun indoor activities, many students were anxious to get out into nature. Anything can happen in nature, however, and one PRHS student is determined to keep everybody safe.

Lauren Coval (11), along with Mr. Eric Wall, who is part of the custodial staff at PR, led Palmer Ridge High School’s first-ever Emergency Preparedness Club meeting on Monday. Hosted in the Sunset room, she opened up about her passion for safety, as well as what she hopes to accomplish through the club. By teaching students basic fire safety, terrorism awareness, and standard medical training, Coval hopes that others will catch on the same spark for safety and preparedness that she herself carries.

People don’t know what to do in case of an emergency…it’s something so important.”

On Monday, members of the club engaged in an informational presentation that explained what the club would be all about. Over the course of the year, students will learn various first aid and survival techniques, such as fire extinguisher use, Go Kit prep, moulage training, and more. Between each club meeting, members will complete short online assignments that prepare them for the next one. At the end of the year, each participant will receive an official Federal Emergency Management Agency (FEMA) certificate. 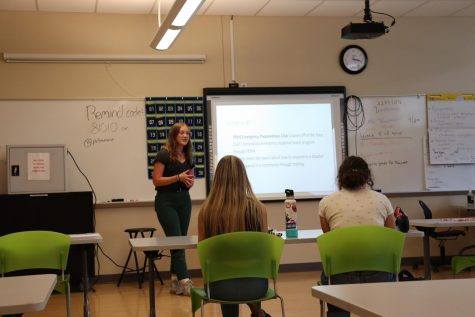 Lauren Coval explains her goals of the club to those in attending.

Because this is a something that many students are not knowledgeable about, Coval explained why emergency preparedness is so close to her heart.

“Both the Waldo Canyon and the Black Forest Fire had a very significant impact on me, and I always remember wanting to do something,” said Coval. “At that point, I was in elementary school, and there was nothing I could do. Ever since then, I’ve always wanted to help our community.”

Although the club is just starting to take its first steps, Coval is already focused on the future. “I hope to have the curriculum we are teaching implemented through the district so that it can be taught to younger grades,” said Coval. “Starting from a young age and finding that mentality of picking up after yourself, leaving no trace, etc., can really make a difference.”

Interested in becoming a safety and emergency preparedness expert? Join the club at their next meeting on Monday, September 27 from 3:15-4:15pm!

With only one week of training under their belts, the members of the Emergency Preparedness Club are feeling safer than ever! After completing an online module on fire safety, members learned what they needed to do to keep themselves and others safe. Including steps to safety, fire extinguisher training, and the different classifications of a fire, the module was highly informative and a great use of the members’ time. 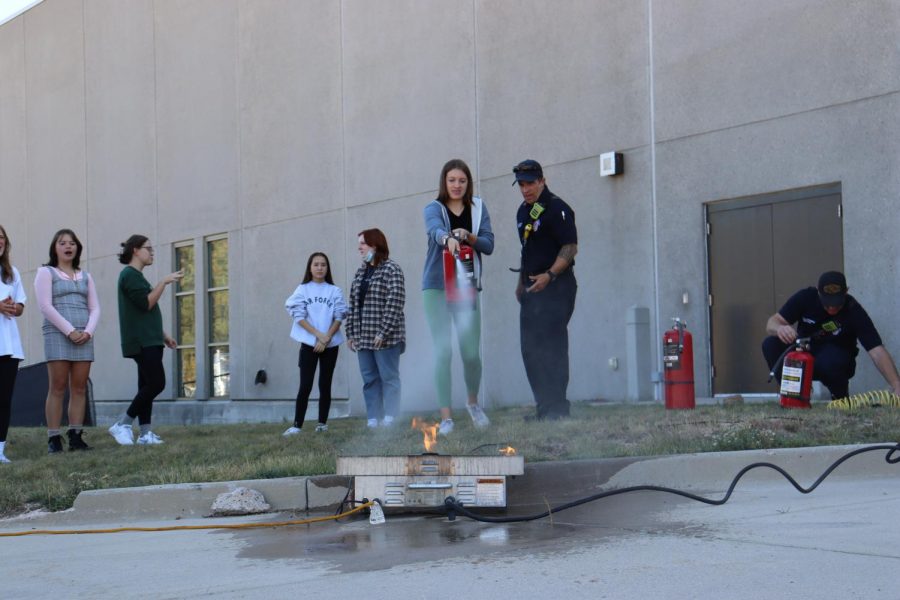 On Monday, the Emergency Preparedness Club gathered outside of the school to complete their first hands-on training: fire extinguisher training! Guided by the local fire department, each member of the club had the opportunity to practice using a fire extinguisher. Even though some students were a little nervous, Ruby Bales (11) was thrilled. “It was really fun! After I did it, I really wanted to do it again!” said Bales.

After checking fire safety training off the list, the members of the club expressed their eagerness to see what else they will be learning to do. “I am excited because this is such a hands-on club, and even though we have to do an hour and a half of busy work, it’s super beneficial for our community and for us.” Bales said.

Eager to take part in the next activity? Come join the Emergency Preparedness Club at their next meeting on Monday, October 11 from 3:15-4:15pm!