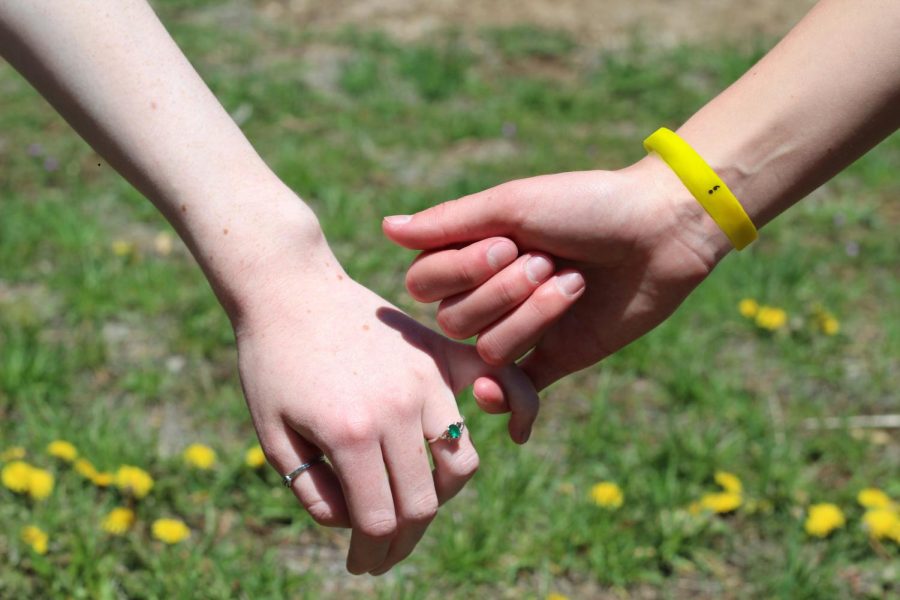 By Amber Wright and Kaitlyn Ketchell

The Social Emotional Wellness (SEW) Coalition is a Tri-Lakes organization that works to have open conversations about mental health and improve the overall social and emotional wellness of our community. The group is comprised of students, parents, community members, professionals, and agencies in the Tri-Lakes community.

“It’s a well-represented group from the community who hopes to de-stigmatize discussions about mental health and improve the wellness, especially the social and emotional wellness, of our local community in hopes of preventing future suicides, but also in just cultivating a culture of wellness,” said Sheli Gray, one of the founders of SEW. Gray is an early childhood educator as well as a registered dietitian who deeply values having open conversations about mental health in the community.

The founders of the SEW Coalition, Sheli Gray, Sam Hastings, Debbie Sell, and Nancy Fritzsche, felt that a group local to the Tri-Lakes area would be better equipped to improve the mental health of the community, as it consists of community members and local organizations. The group was corresponding with Bridget O’Connor, the principal of Lewis-Palmer High School, as well as Heather Pelser, the Youth Suicide Prevention Coordinator for El Paso County. “We decided that it would be beneficial to have some youth suicide prevention efforts just for the Tri-Lakes area,” said Pelser. With this collaboration, SEW was founded in 2018 to serve our community.

To take action on their goals, SEW held two suicide prevention trainings at PRHS that were lead by Heather Pelser, before the COVID-19 pandemic swept our community. At these trainings, 50 PR students learned how to recognize when someone may be contemplating suicide and how to help them.

Riley Jones (12) is the PRHS Student Body President as well as a student liaison for SEW Coalition, so she worked with SEW to hold these trainings. Attendance was limited at 50 students each because “ we wanted it to be a more inclusive, small, welcoming environment,” said Riley Jones.

SEW also partnered with Friends of Rachel, the kindness club at PRHS, as well as the Palmer Ridge Student Council to host a positivity walkway after school. Members of these clubs held signs with positive messages and passed out candy as students left the school one day. Jones described it as “an upstream prevention walkway/sticky note combination of positive encouragement/reinforcement with just kind of fun posters that had cute puns on them, and candy.”

SEW is in a re-envisioning phase currently, so the Coalition recently wrote a new vision statement that serves to guide their future meetings and events: “We envision an inclusive and compassionate Tri-Lakes community that intentionally supports and centers youth in embracing difference, building meaningful connections, and having open conversations that strengthen social emotional wellness.” With these goals in mind, SEW has begun to plan a campaign known as “Year of the Story,” in which students and other community members will share their own experiences on panels that will allow the SEW Coalition as well as the entire community to gain new perspectives about mental health. In addition to the Year of the Story campaign, SEW will continue to organize smaller events such as positivity walkways as well as larger events like suicide prevention trainings.

The SEW Coalition will also work to improve how mental health is addressed in schools. Although many teachers and staff are eager and willing to help out with mental health, most are uncertain as to how the issue can be addressed, and it is generally not treated with the importance that it needs. “Schools aren’t necessarily blind to that kids are stressed, that kids have anxiety, that kids may be struggling with their mental health,” said Riley Jones, “but the way that PR addresses it– and the way that I’m sure many other schools do– is kind of like a secondary thought, and not necessarily something that is most important.”

Jones, like many other students at Palmer Ridge, is no stranger to the highly rigorous academic culture at PRHS. But where does that culture even come from? “Even if the teachers don’t say that ‘your grade is what your worth is’ or ‘you need to get an A+ or you won’t get into a good college’… [there] is this undeniable culture of that at Palmer Ridge that students understand.” And she isn’t the only one who sees this issue.

Sam Hastings, a SEW Co-Founder and youth pastor at United Methodist, has noticed that the rigorous academic culture is starting to affect students earlier and earlier each year. “The expectations, even from a young age, are much higher,” he explained, “and some of that is not the schools specifically imposing that, but it’s some of the larger umbrellas that the schools have to follow with testing and expectations and all that but the expectations are getting higher at younger and younger ages.”

Hastings noted that students begin feeling the stress of academics, college, and future plans at younger and younger ages, which is not just unhealthy for students, but challenging for parents who did not experience the same sort of stress at that age. “It’s putting parents in a challenging position sometimes because they don’t have that shared experience of being stressed out like crazy about their futures when they’re 14 . . . so it’s putting students and parents at a disadvantage because students have a lot on their plates and parents don’t know how to help them deal with all of that.”

Unfortunately, though many community members understand and want to do something about the issue of mental health in our community, most are unsure about where to start. However, Riley Jones and many others in the Coalition agree that the best way to make a change is to have more direct support from teachers and staff when it comes to mental health. A stronger mental health support network including teachers, counselors, and other staff members within the school could greatly improve the climate at Palmer Ridge when it comes to mental health. Additionally, training and information given by mental health experts such as those hosted by Pelser are part of SEW’s goals.

In the future, SEW also wants to work toward promoting inclusivity and having more open conversations about mental health. “We really want this conversation to be a regular dinner-table conversation so that our students are prepared for if something does happen. We hope that it doesn’t but if something does come up, we want them to be able to reach out to someone and say like ‘I’m struggling, I’m having a hard time,’ and be able to figure out what to do next,” said Debbie Sell, Co-Founder of SEW and Lewis-Palmer School District Social Worker. Because everyone has such different experiences with mental health, the Coalition holds that it is important for people to be able to share their experiences in a safe and accepting environment.

SEW has a meeting on the second Monday of each month for about an hour and a half, and a typical meeting includes an introduction, a highlighted speaker or organization addresses the group, then the Coalition breaks into work groups to facilitate conversations about future events/plans and goals. The meetings will be virtual for the foreseeable future. The SEW Coalition has a mailing list to keep its members and volunteers up to date on meetings and events, so you can join the mailing list and get involved by emailing [email protected] SEW is hoping for even more community involvement, especially from students, in the future.

“I think the powerful part is the student involvement. When we get voices of students explaining what’s happening in their lives, and what their concerns and ideas and thoughts are, it really propels us forward and it helps us figure out what action we can take in the community,” said Sheli Gray. Other SEW members agree that student participation in the Coalition is one of the most important parts of SEW, with LPHS principal Bridget O’Connor saying that “student voices to me are probably the single factor that makes [the Coalition] successful.”

“I want the adults to understand the value of the youth… and I really want to promote this community-wide change that we are all talking about mental health, we are all embracing what the youth are saying… and that we’re normalizing the conversation around mental health,” said Heather Pelser.