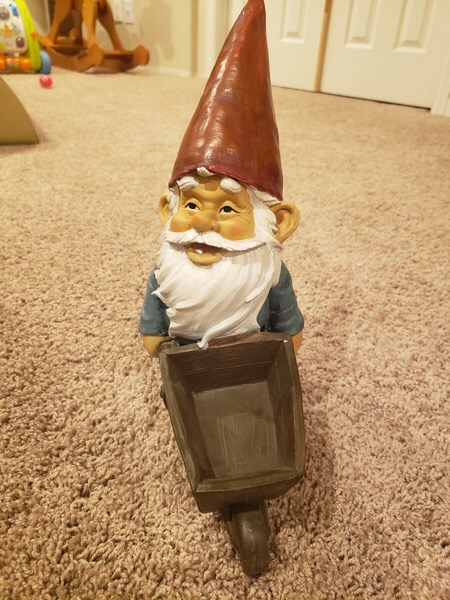 The trophy the Speech and Debate team won after taking second place in sweepstakes. 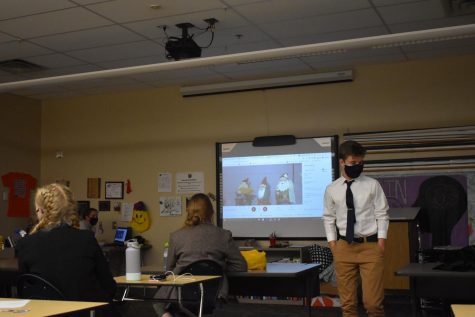 On Saturday, November 7th, 7:30 a.m. at Palmer Ridge High School, the Speech and Debate team got together for their first Varsity Meet of the Season. With four students competing from home, one of whom was quarantined, PR Speech and Debate pulled through and came out victorious.

Each student used a laptop in separate classrooms of the school to perform their script or debate against their virtual opponents. Public Forum debate, a form of partner debate, allowed students to be on a phone call with each other while debating so as to speak to each other without being in the same room. 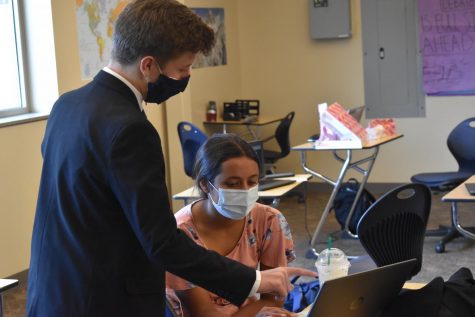 Lawson McVay (10) and Diya Suri (10) give tips for their teammates before the first round.

Three competitors broke finals (got into the top six of their category) for United States Extemporaneous Speaking: Boone Blake (12), Harris Robinson (10), and Jaden Cotton (11). This event involves the competitor having a 30 minute period to write a seven-minute speech on a given topic involving US policy or issues. Blake placed fourth, Robinson placed third, and Cotton placed second. 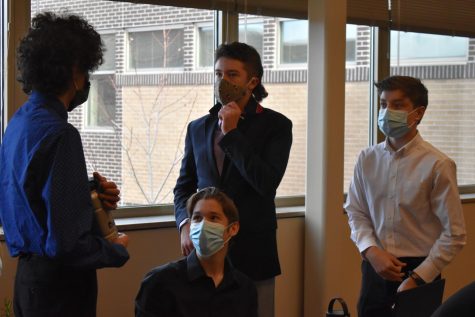 No competitors broke finals for Public Forum, Lincoln-Douglas, or Poetry; however, Grace Weitzel (10) broke finals for her ten-minute Original Oratory speech. This category allows the speaker to choose any topic they would like and use evidence, logic, and emotional appeal to try to persuade the audience and judges that their point is correct. Weitzel placed second in the tournament.

When asked how writing her speech and coming into the club went, Weitzel said, “It was pretty easy to write my speech, but the memorizing was hard because I only had less than a week to do it. I thought it was really fun though! From a new perspective, I feel like Speech and Debate is a really fun club — even with Covid restrictions. There’s so many different things to do and topics to try it’s definitely something everyone should try!” 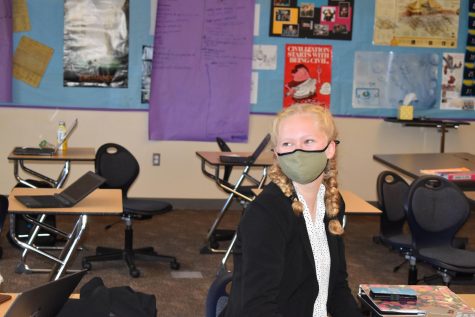 Grace Weitzel (10) gets ready to give her Original Oratory speech.

Throughout the day, competing students had issues with the school Wi-Fi network, as the website used to compete is obstructed by the LPSD Wi-Fi. Most students used their phone’s personal Hotspot to compete, but because not every student had one, many competitors shared a Hotspot, making it difficult to stay connected. Amber Wright (11) and Amaya Taylor (10), who compete in Public Forum debate, decided to compete from home after the first round due to this issue.

Overall, the tournament had some technical issues with school Wi-Fi and quarantining, but it went extremely well for the team under the circumstances! The Speech and Debate team has never taken sweepstakes before, so this was exciting for the team. The team has affectionately named their gnome trophy “Maverick,” and it will be kept in Erin White’s room, as she is the Speech and Debate coach.